A Sauvé Project in Kenya: The fight against FGM & building a more inclusive society for people with disabilities

Sauvé Fellows Rolando Jr. Villamero, of the Philippines, and Esmael Njuguna, of Kenya, have put their heads together in Nairobi to see how they can support people with disabilities as well as contribute to the fight against Female Genital Mutilation (FGM) through the support of the Jeanne Sauvé Foundation.

These two Fellows first set out to hold training sessions for women with disabilities in various regions across Kenya. The working groups aim to teach these women about their rights and empower them within their communities so that they have better employment prospects and are more resilient to various forms of indirect or direct discrimination.

Working in conjunction with Kenyan authorities, this Sauvé project also aims to partner with government officials to promote the ending of harmful cultural practices to girls and women, in particular, female genital mutilation (FGM). Rolando and Esmael successfully met with policy-makers and government officials in Kenya to discuss concrete ways to take action to end FGM and encourage government services to be offered in more accessible ways to people with disabilities. 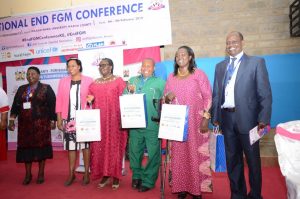 They successfully lobbied the Kenyan government to take various initiatives to promote the rights of people with disabilities and publish Kenya’s Prohibition of Female Genital Mutilation Act in more transparent ways. For example, the Act is now available in various formats such as braille, large print, audio and easy-to-read formats. They also successfully published brochures to spread awareness in Kenyan society about ending FGM and inform people about the rights of people with disabilities. 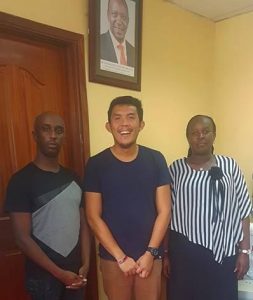 The two Sauvé leaders also held an “End FGM” Conference in Narok County to bring attention to these issues often hidden from the spotlight. The project, which started with 10 trainers with disabilities, now has 26 and is growing. The idea is to reinforce a positive cycle of knowledge-sharing whereby those who are trained, can then return to their communities and conduct further training sessions. 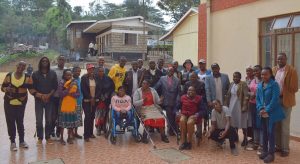 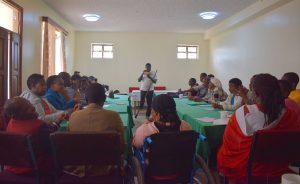 We are very proud to continue to support the fight against Female Genital Mutilation in East Africa. This project has had a direct impact on the lives of some of those who are often the most vulnerable in the region – women and girls who disproportionately face violence, and people with disabilities that face social exclusion, lower employment prospects and higher rates of poverty. 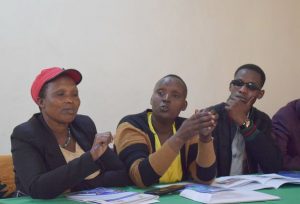 Congratulations to Rolando and Esmael for their contribution to building a more just and inclusive society in Kenya.