The Jeanne Sauvé Foundation is very excited to announce the launch of Sauvé Fellow Ali Raza Khan’s newest book on “Changemaking Intelligence”. We have been pleased to support Ali in his incredible work and leadership to spearhead youth-led change-making programs in Pakistan. 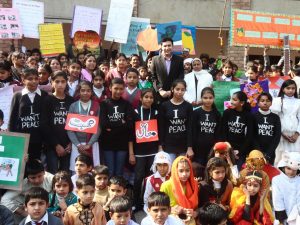 The book is written to introduce a new kind of intelligence in society.  Speaking about his latest book, Ali says: “The book provides compelling evidence that we are losing too many children and young people by defining intelligence through exams. The book presents a fascinating story of unlocking the change-making intelligence of thousands of forgotten young people.”

Ali, the Founder and Chief Executive Officer of YES Network Pakistan, has led a remarkable career since his time as a Sauvé Fellow. He has promoted bottom-up change-making in society and actively engaged youth in shaping the future. 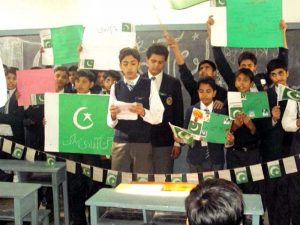 He was inspired by his time as a Fellow in Montreal at the Jeanne Sauvé Foundation and indeed by Jeanne Sauvé herself, who was committed to engaging youth from different spheres and fields to actively participate in shaping their future. Jeanne Sauvé always said that the youth of the world cannot be ignored. Since they are the future, she said, their voices should play an important role in shaping policy.

Speaking about his time as a Sauvé Fellow, Ali says: “It was the most incredible experience of my life. The opportunity, environment, recognition and support that the Sauvé Program provided was remarkable. Living in a dynamic environment enabled me to delve deep and focus solely on my vision. I was able to develop a new level of understanding of how to scale-up my work. The opportunity to interact with young fellows from other countries on a daily basis is something unforgettable. One of the best things about the Sauvé Program is the freedom that it offers in terms of choosing your future path. I can’t imagine any better place for a young change-maker. In short, it was an experience, I can never forget.”

Today, Ali’s work on youth-led change-making is featured in more than 30 countries around the world. He has attracted and engaged over 25 local and international organizations to invest in the field of youth-led change-making. We are inspired by his pioneering career to establish and restore trust with young people and help them get started as change-makers. Ali’s work is particularly significant in Pakistan, a country with roughly 3% of the world’s population (221 million), of which 65% are under the age of 25. Like many countries in the global south, youth represent a huge percentage of the population. Roughly 42% of the global population are under 25, yet their voices are often unrepresented in policymaking, government, institutions and organizations. 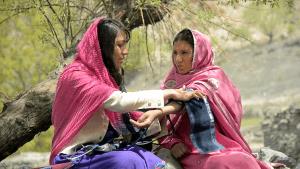 We hope his book will continue to share the wisdom and importance of engaging youth, and influence youth to become more actively involved themselves in changing their societies and communities around the world for the better.

The book is available here on Amazon: